Dutch musician Dimitri Toonen has been involved with music from an early age when he first picked up the guitar at 12. After drawing from years of musical inspiration from cherished family members, he has finally released his outstanding first album “Leave My Mind Sometimes” in November 2020.

The first track of the album, “Shameless,” starts off with an ambient intro, which then progressively dissolves as the instrumentation and the vocals are introduced. The chords and the vocal line produce a beautiful tension which makes the song interesting to the ear. A silent interlude then only to relaunch it with more exciting vocals and a more prominent guitar line. The song ends as the instrumentation progressively de-escalates, accompanied by a repeating guitar part. The song with all its aspects—structure, harmony, vocals, and lyrics—is masterfully written and provides insight into what’s to come in the following tracks.

The second track, “Not Home Today,” begins with an acoustic guitar riff and vocals that follow. About the first minute mark, the bass and drums join in and the instruments combine into a soft yet powerful sound. The song continues without much thematic change, but elements such as harmonized vocals and a guitar solo are introduced, preventing the song from becoming monotonous in any way. Ultimately, the song ends with an unresolved chord, adding an interesting savor. Although this track is more on the mellow side compared to Shameless, it is beautiful and perhaps more emotionally impactful.

The third track, the hefty 10-minute rollercoaster “Ganges Story Part I: Tragedy,” starts off with a piano line mixed in with some background noise, which serves as guiding wheels to the song. Instantly, the song establishes a soothing atmosphere with the piano and the heartfelt vocals. A poignant and delicate guitar solo then follows, coinciding with the halfway point of the song. A rhythmically complex riff is then introduced, taking the song towards a more progressive-sounding direction. An aggressive guitar riff and high-tempo drums drive the song towards an explosive, complicated, and beautiful bridge that ultimately is topped off by a fast-paced, satisfying second guitar solo. Overall, it is safe to say that the track, both structurally and instrumentation-wise, is very prominent and successfully incorporates many progressive elements. It is also is worth mentioning that the two solos in this song very well demonstrate the artist’s mastery of the guitar.

The fourth track, “The Destruction of You,” is relatively short and simplistic compared to the first three, and provides a repose for the listener’s ear whilst listening to the album. The song, while being plain, still has astounding vocals that when paired with the acoustic guitar, induces a theatrical and atmospheric feeling on the listener’s ears.

The fifth track, the title track “Leave My Mind Sometimes,” starts with an acoustic guitar arpeggio, and a warm, bright feel is quickly established when the first verse starts. However, after the two verses end and through the pre-chorus and chorus, the warm feel dissolves and the song takes up an emotionally ambiguous tone. This cycle repeats one more time throughout the track, and it ends after a soothing, vocal outro. The change of emotional scenery definitely provides a unique sense of movement to the track.  It is also noteworthy that the track successfully encompasses many characteristic musical elements and tones of the album, and thus it is fitting that it is the title track.

The sixth track, “Us,” is an instrumental track with a strong emphasis on melodies. The track mainly consists of fluctuating guitar and piano parts, on top of a bass line and drums. The track also includes vocal lines some saying the word “us.” Generally speaking, the feel of this track is more dreary compared to the rest of the album, but this is not necessarily a negative, as this track creates a small change of feeling in the tracklist the without tampering with the characteristic tone of the album.

The seventh track, “Ganges Story Part II: The Other Place,” is labeled as the continuation of the third track. The song is plain in terms of both instrumentation and writing: its main element is a simple yet interesting arpeggiated guitar chord progression. Over the chords, there are two verses being sung. This track is on the same wavelength as the previous track “Us,” in terms of its emotional impact on the listener.

The eighth track, “The Day I Stopped…” begins as an ambient piano chord progression accompanied by a soft guitar intro solo and then soon evolves towards a creamy, smooth and somewhat jazzy sound for the verses. The chorus part, however; is upfront and more striking. After another verse and a chorus, the song enters a section that especially sounds progressive, where massive thematic and musical shifts start occurring. The track then continues with a bridge section where vocals are reintroduced and a guitar line accompanies the instrumentation as the song ends. A point of interest for this track specifically are the lyrics: the lyrics are directly about the burnout that Dimitri Toonen experienced, which ultimately resulted in him having a new period of self-reflection and discovery.

The ninth track, “Desolation Suite: I Early Days,” serves as an introduction to the three-track Desolation saga. The track closely resembles “Ganges Story Part II: The Other Place” in terms of musical elements and instrumentation. Of course, the lyrical content and the feel are different. This track does a good job at creating a light and bright atmosphere, which sets up the next track of the Desolation saga.

The tenth track, Desolation Suite: II Choices picks up where the previous track left feel-wise, but gradually becomes more and more dismal both lyrically and musically. In the chorus parts, the sound becomes energetic and harsh, with the inclusion of distorted electric guitars. After another verse and chorus, the soundscape becomes especially gloomy. After a guitar solo, the song starts picking up momentum again, only to be resolved for a very theatrical and cavernous vocal bridge. The track ultimately ends after a final, smooth guitar solo. This track, just like the previous one, ends in a way that sets up the final track; of both the Desolation saga and the album.

The eleventh and final track, “Desolation Suite: III A Dark Chapter,” continues with the ending of the previous track, with soft vocals that soon evolve into a fast-paced section. After this section comes a mellow, arpeggiated guitar section with relatively soft vocals. As the guitar and vocals are joined by drums and a bass line, the section starts gaining momentum again and builds up towards a climactic breakdown that ultimately ends it all.

The album, with all aspects, is extremely well-written and most likely does not have a weak track, since the musical quality is consistent throughout.  The lyricism is also quite interesting and introspective, adding another layer of depth and quality to the music. It can easily be said that Leave My Mind Sometimes is a prime example of a successful independent progressive project, and we are interested to see what other projects Dimitri Toonen will come up with. We very, very strongly encourage you to give this piece of art a listen—you won’t be disappointed! 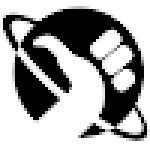